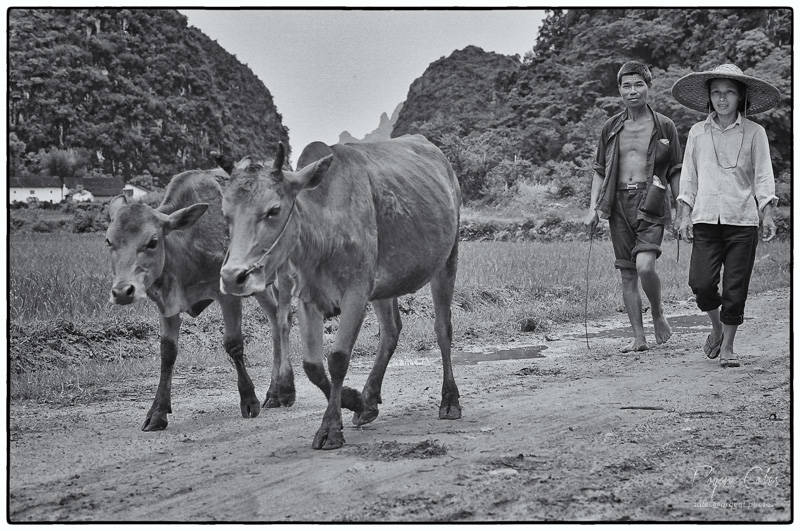 I’m finding it a little difficult in getting my head around this one – as in comprehending that its been this long. I first stepped into China almost 20 years to the day. Well, in April of 1994 to be exact.

I left Heathrow and headed over to Hong Kong to begin a 5 weeks tour of the country. From Hong Kong, I took a boat up the Pearl River to Wuzhou. From Wuzhou took a bus and headed up to Yangshou. There, I spent a few days in Yangshou before heading up to Guiyang in Guizhou province by train, this from the train station in Guilin. I took another train from Guiyang to Chongqing. From Chongqing, took the boat down the Yangtze River, passing through the 3 Gorges and eventually disembarking at Yichang, this some 2 days later. From Yichang took the train up to Luoyang where I spent a few days. From there, I headed across to Nanjing and then down to Shanghai where I spent another few days before finally heading back to Hong Kong.

That this trip took up 5 weeks is one thing. Doing it on one’s own was something else. In all of this, didn’t fully comprehend let alone realise the extent and the size of this nation. Essentially, all I did was travel through the southern regions of the country and even there, hardly touched sides, so to speak.

There was more to this trip than wanting to traverse one of the largest countries in the world. There was photography to be done – some personal, some commercial.

The image above was taken during my stay over in Yangshuo. I had hired a bicycle in the town and was cycling through the back country. While I was shooting some landscapes, this farmer, his spouse I presume and their two cows made an appearance along this country road. It wasn’t as though they hadn’t seen Europeans before. For the international travel community, Yangshuo is or was famous for its laid back lifestyle and as a long term stopover for many many backpackers and travellers.

As a side note on this trip. I was particularly proud of the fact that all I had with me was one small travel bag, the size of which I could have used as carry-on luggage if I had to fly. In there I had 3 changes of socks and jocks, a pair of jeans, several pairs of long shorts, 2 shirts, 2 t-shirts, a pair of running shoes, my walking boots, washing and shaving gear, a towel, a mug, a bowl and some eating utensils, my Lonely Plant guide to China and of course, camera body plus several lenses and, the biggest thing in the bag, a Tupperware box filled with film. And, that was it.

More images from whence this image is derived can be found here in this collection – China Road.

Enjoy!
_____
THE LOST YEARS PROJECT
The basic remit of this, The Lost Years Project, is to raise funds to bring this image together with its associated body of work and other related photography done between 1976 to around 1994 together, to digitise the negatives from which these images are derived and then, to create various products such as prints, print portfolios and books featuring this photography. There is a wealth of photography here that should find its way into the public realm – one way or the other. The PDF eBooks I have on offer here are but a small token of this effort. There’s a lot more from where all this came.
_____
TECHNICAL NOTES: The camera used in the making of this image was a Canon F-1 and a Canon FD28mm f/2.8 SC lens. The film used was likely to have been Ilford HP5 and developed in Ilford’s Ilfotec HC, a black and white film developer.
_____

This article was originally written and published January 11, 2014 on a predecessor to this website and uploaded here on 12 June, 2018.