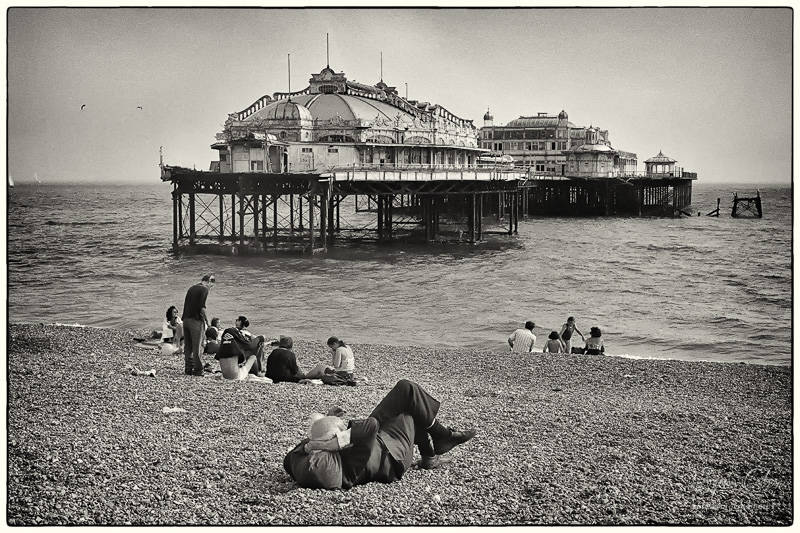 My “This England” and your “We English”…

Came as a bit of a surprise when, recently, I happened to be checking through the winning images of this year’s World Press Photo contest. I’ll leave my comments on the winning entries for another piece. In this piece wanted to look at what grabbed my attention.

The first images up are usually the hot topics – as in news and sports coverage and tailing off with the features stuff.

In the features area, came across Simon Roberts‘ winning entry, “We English” – 3rd place in the Daily Life – Stories section. Some nice atmospheric images and something of an original take on the English at play.

In initially looking over these images, some of the jibes I had to put up with in my formative years came to mind. There was a time in my photographic life where picture editors kept on ribbing me for being “too remote” and too “stand-offish”. At the time, there seemed to be some concern that I was perhaps “evading” the point and shy of making contact with the intended subjects of my images. At the time, may be they were right.

In the course of those interactions and working with the “seniors” in my peer group at the time, sort of learned to move in close to my subjects.

These boys sort of worked by the axiom that, don’t give the picture editors any room to crop your pictures – fill the frame with content and you’re getting there. That was one. The other was that famous axiom, “If you cannot see the whites of their eyes, then you’re not close enough”. Have a half notion that this may be have been attributed to Robert Capa – I may be wrong?

That aside, was looking over Roberts’ work, looked at his title, looked at my title, then looked at my own work and then, sat there wondering. My work. His work. My work.

What was that thing about flattery? While I have no real issue with his work, just wondered about that title. Thought it came a little close to the bone – as in, “please get real and get original”.

That aside, the images that make up my “This England” collection can found over the image portfolio section were taken back in the early 1990’s when I was living in the UK.

Essentially these images were my “weekend” shots – stuff that I was shooting on a personal basis and work that had little to do with the commercial and editorial work that I was doing at the time. In that time and while doing this personal work, I was hoping to embark on and develop a number of mini-projects of which these images were a part.

However, after seeing some of Homer Sykes’ work – notably his, “The English Season” – this sort of put a dampener on my aspirations on taking any of these projects much further. For, after all, what’s the purpose of photographing anything if it cannot be shared, right? And, how to best share these things? At the time, this was via the print – be this in the form of exhibitions, books, feature articles and whatever other form of communication that may have been available at the time. The Internet and all that’s been spawned by the service was in its infancy at the time.

While Sykes’ book of that title was published in 1987, it still “crowded” the scene at what I was looking at and hoping to do. As in being too similar and thus a little too familiar – may be not enough to be seen to be plagiarizing his work but may be close enough to be said that I was either following in his footsteps if not crowding out his turf. The world was a smaller place then.

However, I guess good ideas never die. And while there may be nothing new in this world, its all a matter of interpretation and, I guess in this, this is what makes us different. Need I say more?

_____
TECHNICAL NOTES: This image was taken using either a Leica M-3 or a Leica M-4P and a Leitz 50 mm Summicron f/2 lens. I used Ilford HP5 souped through Ilfotec.
_____
This article was originally written and published on January, 2011 on a predecessor to this website and uploaded here on 12 June, 2018.