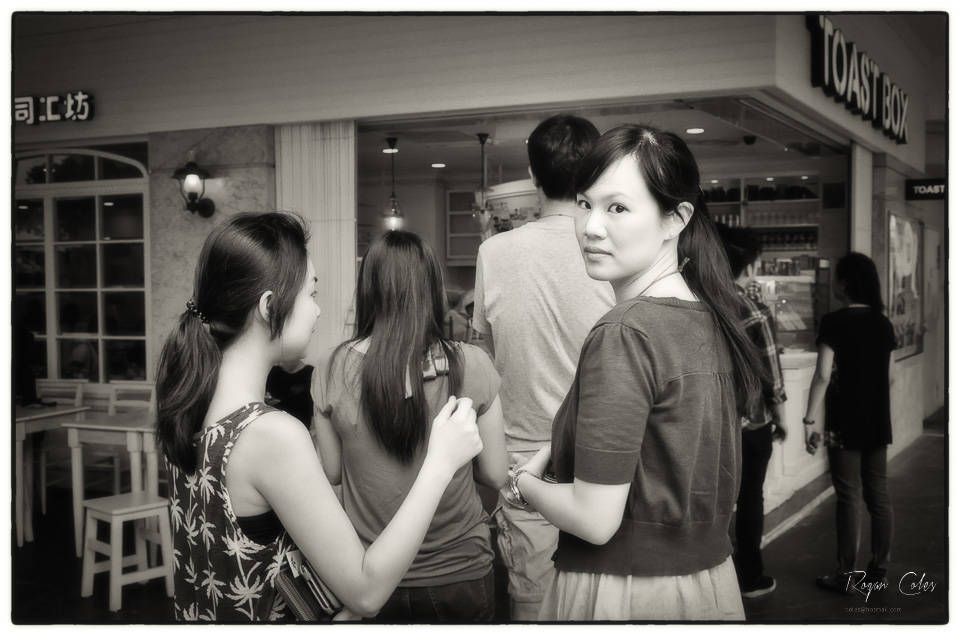 Something about a place

Many years ago I “bumped” into William Eggleston. Yes, that one, the man from Memphis. The man who photographs ceilings, objects lying around a yard and, other obscure sorts of things – all in colour. I met him of course, but didn’t know it.

He was entering a building I was photographing in a leafy suburb in Johannesburg, South Africa. A short while later, I got to see the results of some photography he had done for Halls Citrus Estates [part of the HL Hall and Sons Group].

What was striking about this annual report and what set it apart from other photography of the period was the use of colour – workers in blue overalls, orange of the oranges and the verdant green, lots of green. There was something different about this work. And, remember, this was long before the Internet. So, there were no on-line searches to be had. Only direct references – as the work in hand and the mention of a name.

On sight of that publication, I asked who did the photography? “A guy by the name of Eggleston” I was told. Not a familiar name in those parts at that time. And, we didn’t have much else to go either.

This coincidence only became magnified further some years later and this, after I had moved to London. There I made a chance acquaintance with a graphic designer and the art director who was instrumental in commissioning Eggleston for those South Africa shoots – I think there were 3 shoots in all – Halls, an insurance company and one other – a name I cannot now recall.

In this art director’s recollections, he was telling me that, while they were out shooting, Eggleston ran out of film. They stopped by at a local pharmacy where Eggleston popped in to buy a couple of rolls of film. He said he was quite flabbergasted that Eggleston was so casual about this – this considering the fee he was being paid – which, at the time, I gather was quite substantial. While we were being paid ten’s per hour, he was probably being paid thousands per day.

But, I detract and quite severely so. I brought up Eggleston because I wanted to look at photographers who, more or less, define a place with their photography. Eggleston more or less defines Memphis. Whether fairly so or not, is another matter. Another photographer is Martin Parr. At one time he was and, perhaps still is, the quintessential English photographer. Some credit Robert Frank with defining America. Some may credit Vivian Maier with defining Chicago, Garry Winogrand seems to have defined New York and Robert Doisneau, Paris. To say the list is endless would be throwing away small change. But, and hopefully, you get my meaning.

Recently, this is something I’ve come to query about my own work – as in defining a place. I’ve spent much of my time in Asia – enough to think that I know the culture. Or, at least, have some understanding of it. In this review process, I’ve been left to ask, “does this work define a place” or, “does it define a place and its people”? Perhaps the real question is this, “do I have a personal style that sets about defying some thing or, for that matter, anything”?

In viewing the attached image of two ladies standing in a queue – what is this? Where is this? Who is this? Does this image really say anything about Singapore? Yes, it was taken in Singapore but, what of it? Of the two ladies? Yes, they’re Asian. Were they known to the photographer? “No”, as in me telling you. Is there any other connection between the subjects and the photographer? No, we were just a bunch a people standing in a queue waiting to place our orders and, to have breakfast – as in getting something to eat.

Other than this little back story there’s more. I’ve long been an admirer of Garry Winogrand’s work and his approach to his photography. He’s kind of casual, kind of lackadaisical, haphazard and, most times, quite over the top. I mean that kindly. His stuff was always “in your face”. I am also quite sure that his work not only typifies New York, it also typifies New Yorkers. The few New Yorkers I’ve met have been little else but that – as in “pushy”. And this meant kindly as well.

On the mention Vivian Maier, her work still astounds me. In many ways, she’s quite the obverse of Winogrand. Though she has her own singular if not definitive style together with her own set of “tricks”, she was almost “church mouse” quiet in her approach to photography. She seems to have taken in a longer, if not almost “offish” view of the world around her. Less “in your face” than Winogrand and yet, she was “in there” as much as Winogrand may have been. In all this, she nevertheless managed to “define” the Chicago of her day and this in her own way.

If push came to shove, I’d say I prefer Maier’s style over Winogrand’s – where Maier appears to be more accommodating and less intrusive. But, this doesn’t mean to say I prefer one photographer over another. To the contrary, they are both masters of their craft and the world would be a poor place had they not done what they’ve done.

So, what’s the connection, the connection between Eggleston, Winogrand and Maier? All three are, in my view, exceptional visual communicators. They all have or had stories to tell and this using photography as their medium. In many ways these three photographers stand as trigonometry beacons in a landscape in which I find myself standing. This, in a sense, while I find my bearings so to speak. With Eggleston’s work I get it but, in kind of scratching my head, I’m left wondering. He knows his beat, he knows his territory and he does what he does. No questions, no argument. With Winogrand, I find his work exciting. Sometimes I wish I could be just as bold – as in just zooming right in there. I also wish I could have been just as “prolific”. But, I’m not sure it would work for me. It might be an “environmental” thing rather than a personal thing. Perhaps if I was doing my thing in New York, I may take to working in much the same way, who knows? I find Maier’s work more “accommodating”, a little more inclusive, slightly more accessible. May be “gentler”, for want of a better word. Is Chicago gentler and more “accommodating” than New York? Who knows? While I’ve spent some time in New York, I don’t know Chicago. As a side note, it would seem that both Maier and Winogrand bordered on the obsessive. Both were compulsive shooters, taking more photographs than they ever saw processed. Both left behind hundreds [in Maier’s case} and thousands [in Winogrand’s case] of rolls of unprocessed film before departing this mortal plain.

These are three photographers whose work has influenced me in some way or other. There are many, many more. I’m standing in this landscape and they’re out there somewhere. And, as of this occasion – referring to the images of the 2 ladies – I was in Singapore doing my thing. By comparison, it might be small change, who knows?

This and other images from project can be viewed at this link. Please visit our shop where products featuring some of this work can be purchased. Enjoy…

TECHNICAL NOTES: This photograph was made using a Leica M3 [double stroke] together with a Leica 35mm f/2.8 Summaron – yes the one with the focal optics [maybe this is what the lady was looking at when this picture got made]. The film used was Ilford’s XP2 – processed in C41 of course and then, scanned to DVD.