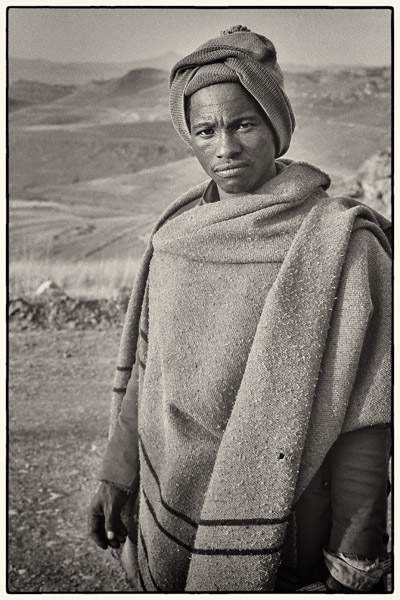 I didn’t think I’d ever get myself to say this openly but, a central tenant to much of my work seems to be involved in “extending grace and bringing favour” to peoples who are generally under-represented and marginalised in this world.

That’s just the way it is. It doesn’t matter if this was in Africa, out here in Asia or wherever I was in Europe or North America, I’ve done what I have done. Hopefully this website and these pages will bear witness to this fact.

At the time, this image was made when I was living in South Africa and this was at the time when the so-called “struggle” against Apartheid was reaching a crescendo. With photography, as may be the case with many arts, one can focus on something and, often, to the exclusion of much else in the vicinity. While the supposed “sins” and “excesses” of Apartheid South Africa had been well documented, much else that was happening around country, as in the everyday life, seemed to have been overlooked in this era – much of this to the point of exclusion.

Like two tectonic plates colliding, most shooters seemed to be out there photographing and documenting the “carnage”. In the process, a general bias of sorts prevailed. At the time, just about every situation was coloured with this, “what is the Apartheid angle to this shoot or story”? If there wasn’t an “angle”, then usually, there wasn’t a story to be had – period.

The point, whatever didn’t suit the “anti-apartheid” narrative of the day was marginalised and swept aside.

However and beyond this prevailing narrative, life went on as usual and, for the most part, went “undocumented”. While most shooters of the era were pitched or focused on “exclusion” and the whole “separation” thing, I was looking for “inclusion” – as in looking for parts that would or could contribute to a greater whole. Perhaps a little idealistic, but, it was out there.

This image featured in this blog post is a of Sotho herdsman heading back into Lesotho. These herdsmen drive mule trains back and forth between Phuthaditjhaba, a small rural town on the South African side of the Lesotho boarder, and the Lesotho highlands. The mule trains are used to transport wool and mohair as well as rough diamonds and other goods from the rural highlands and usually, trading their goods for maize meal, rice, blankets and other domestic items in return.

And this is about it, a man dressed in his traditional woollen blanket and wearing a balaclava.

More images from whence this image is derived can be found here in this collection – African Road
_____
THE LOST YEARS PROJECT
The basic remit of this, The Lost Years Project, is to raise funds to bring this image together with its associated body of work and other related photography done between 1976 to around 1994 together, to digitise the negatives from which these images are derived and then, to create various products such as prints, print portfolios and books featuring this photography. There is a wealth of photography here that should find its way into the public realm – one way or the other. The photo galleries and PDF eBooks I have on offer here are but a small token of this effort. There’s a lot more from where all this came.

This article was originally written and published on March 1, 2011 on a predecessor to this website and uploaded here on 12 June, 2018.